Before the ban of pubg mobile in India it was one of the most downloaded games in the world. Due to the unique game play experience and graphics provided to the players by this game people are so crazy for this game to play. We could say, that this game brought a new revolution to the gaming industry.

The downloads of this game are over 1 billion all over the world. In order to provide more premium experience to the users the developers of this game have decided to make this game with better weapon customization, improved graphics and many more. Few days back the CEO of this game named KIM Chang-han announced about the pre-registration of PUBG New State.

After that, many players across the globe started to register themselves on this new version of the game. Just after the announcement of the new version of the game, the pre-registration for the same reached more than 5 million on playstore. Therefore, from this only we can see how much players are crazy for this game. In the following article you will go through why many users are switching from BGMI to Pubg New State?.

What Are the 5 Reasons that makes PUBG New State Better Than BGMI?

The Graphics of Pubg New State is far better than the graphics of BGMI. You can say that they have represented themselves is the next revolution of pubg mobile. While designing this game to offers the developers have used new cutting edge global illumination technology to offer a fully realistic feeling to the users. Due to the improved graphics the players will feel like a truly next-generation experience on mobile. In order to set the benchmark in the industry of Mobile gaming they have designed these improved graphics.

The second location, Laboratory which have been shared by the developers, saying that the place where all the scientific activities used to perform now will be used as a perfect weapons spawn location.

The third location, Trailer park in order to knock out the opponent the trailer park location will be used by the players as a perfect place.

The fourth location, The mall which have been shared by the developers, claiming it as the most attractive place to gather more people.

As, we have already told that new state has introduced many new features among that they have introduced new Dyneema Vest and better weapon customization. To improve the speed of players they have introduced Dyneema Vest which will provide more mobility to the players. And for better recoil control and higher mobility of the weapons they have provided new attachments to the guns. This new feature of weapon customisation makes Many players to switch from pubg new state.

Drone which have attracted many users of the BGMI. While looking for loot the players will find done credits which will need to collected. As, for the exchange of these credits the users can order some required items such as meds, ammo, and other items, which will be delivered to you by the drones after making the purchase of them. This new feature really excite a lot of players.

As, we know that the theme of Pubg New State is futuristic. Therefore, they have also introduced a new electric car named Volta, it is the most faster and stronger vehicles, which have been loved by all of the players. Players can also take advantage of car doors by taking the cover behind the car doors. The another two-wheeler named as Vulture, this bike is designed to help players to run away from the fights, as compared to the conventional motorbike it provides higher max speed.

In PUBG New State users are offered a new character set up in which they have provided different facial tones, colours and hairstyles. While running and holding a gun during a match you can also preview your character. Before, it was not available to players in BGMI. But, the lobby is very similar to the lobby in BGMI. The maps section also don’t have more options as of BGMI. But those new four map options are too much addictive.

PUBG New State is a new version with better and upgraded features. Whereas, the BGMI is also good but as compared to Pubg New State it doesn’t provide those new features which have been added to the PUBG New State. All over, as pubg new state is new therefore, still there are many things which need to be improve in this new version. We will prefer PUBG New State to play to those players who want high graphics and a better gameplay environment. As, this game provides a unique experience of gameplay. Therefore, switching from BGMI to PUBG New State will be the best decision to those players. We expect that our effort may help you to find some relevant information, if yes then please do visit our new blogs also. In the end, We would like to thank you for reading our article on why many users are switching from BGMI to Pubg New State?. 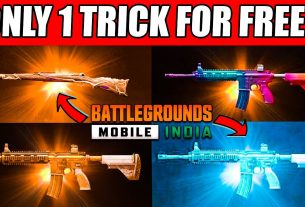 How to Get UC at Low Prices in BGMI?

What Are the Advantages of Playing BGMI?